The United States has a progressive tax code, that is, the more income a U.S. resident earns, the higher their rate of taxation. Also, when defining the tax code, Congress incentives certain behaviors. The table below is the most recent alteration to tax brackets. Most citizens qualify for a standard deduction, meaning the government won’t tax the first several thousand dollars of their income. That amount differs for different citizens based on different criteria: are they married or single, do they have children to raise, did they spend their own money and install solar panels on their house? What’s their overall income and worth? The standard deduction hovers around $8,000 to 20,000 depending on these factors.

So when looking at the ranges of taxable incomes in the table below, you could roughly add a standard deduction to realize that same citizens rough salary. 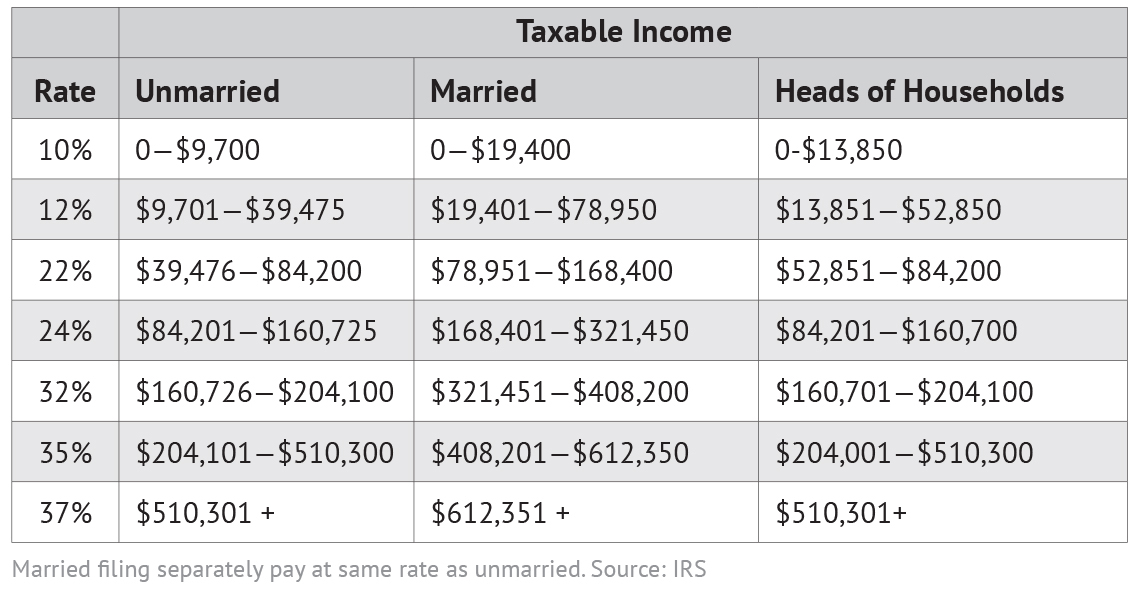 To minimize their tax burden, taxpayers want to fall atop a lower bracket. But do understand, that the dollars taxed at assigned rates are always the dollars earned above (or after) that increase in rate. Look to this graphic of a citizen earning $50,000 income below to understand. 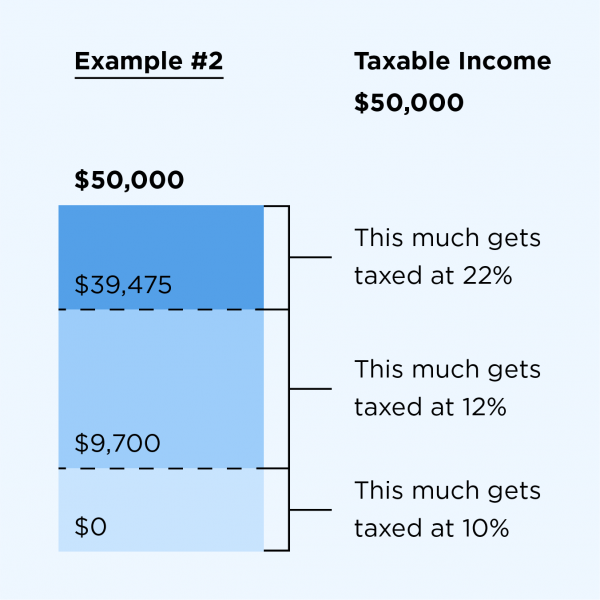 1. What percent of their income do the wealthiest segment of U.S. society pay in federal taxes?

2. At what annual taxable income does an unmarried citizen start paying 24 percent?

3. How would you describe the concept behind this graduated income tax and these brackets? Why?