Harry S. Truman was the only modern president who did not go to college. Truman served as Franklin D. Roosevelt’s Vice President until Roosevelt died of a cerebral hemorrhage on April 12, 1945. Truman took over the presidency having had barely an hour’s worth of alone time with president since the election of 1944. During Truman’s eight years as president the “Haberdasher” from Missouri faced numerous crises and some very tough calls. Truman fired the very popular General Douglas MacArthur for insubordination during the Korean conflict (1950-1953). President Truman kept a small plaque on his desk that read “The Buck Stops Here.” At the time “pass the buck” meant to pass the blame to someone else.

“You know, it’s easy for the Monday morning quarterback to say what the coach should have done, after the game is over. But when the decision is up before you — and on my desk I have a motto which says The Buck Stops Here’ — the decision has to be made.”- Harry S. Truman

To learn more about President Truman, go to the Truman Library. If interested in other modern US presidents, they each have a library and museum dedicated to their legacy and a digital presentation as well. See them here. 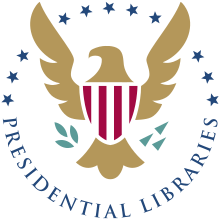